Kuala Lumpur to Singapore by train

After spending the new years eve in Kuala Lumpur, I decided to head for Singapore. By train.


Buying a train ticket from Kuala Lumpur to Singapore 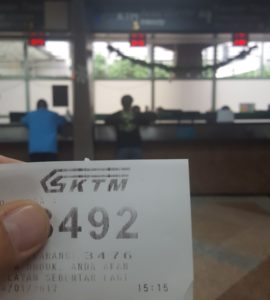 Buying a train ticket at the Kuala Lumpur Sentral station is pretty straightforward. The ticket booths have a central reception where you tell where you’d like to go and when. You will then get a ticket and can sit waiting till your number appears on-screen. The afternoon I went there, I had to wait about 15 minutes before they called me to the window. All staff here could speak enough English so I didn’t need a dictionary or an app to buy the tickets.

The cost of my ticket was about 50 Ringgit, that’s not even US$15. Not bad for a train ride of a little over 300 kilometers (190+ miles). Later in Singapore, I would find out that in the early days of the new year, Singapore and Malaysia signed a land-deal to create the space for the high-speed bullet train that would do this in under an hour. My trip will take 7 hours, with a transfer from the modern train system of Malaysia to the older one in Gemas.

And yes, I know, websites such as 12go.asia do sell these tickets as well, but their payment systems kept on failing and I never got a reply from their support about it, so I gave up.

The train will not bring me all the way to Singapore, but to Johor Bahru, or JB in short. This border city with Singapore is where the train ends. That has everything to do with a train-station in Singapore both governments discussed ever since Singapore was pushed out of Malaysia and forced to be independent in 1965.

I could not buy a ticket for the shuttle between JB and Singapore in the Kuala Lumpur train station, so I’d have to figure out there how to travel the last miles of my trip.

The train system in Malaysia is, as I noticed between Bangkok and Kuala Lumpur, way more modern than the Thai Railway system. The first leg of my journey between Kuala Lumpur and Singapore was in the modern ETS train. Nice seats, reserved places, a bar on board and even a person who keeps the train and the bathroom clean during the trip. In Gemas however, the ETS system ends, and I transferred to the older train system that would bring me further south to the Singapore border.

The train between Gemas and Johor Bahru was indeed a bit older. Still, however, I sat in a very comfy seat. No bar on this train, so I was in for a thirsty afternoon. The train from Singapore and the train to JB in Gemas share a platform, so transferring is a piece of cake, even with some luggage. The staff is all over the place to assist travelers to their pre-assigned carriages and seats.

Malaysians like to show they have air conditioning, more so even than Americans. So the staff cooled the train to below comfortable temperatures. Even in jeans and long sleeves, it felt cold. Every stop came as a bit of a warming moment, as the AC stopped for a brief moment, allowing the warm air to enter the train.

The train arrived in time in JB. I found myself in a large hall. When I arrived at the booth of the shuttle to Singapore, I saw the sign on the desk indicating they had only tickets left for the 10:30 PM shuttle. Since it was only 7 PM, I searched for alternatives. There seemed to be a city bus going to Singapore. But, funny enough, none of the signs in this hall pointed to Singapore. Woodlands is the word to remember: that’s the first stop in Singapore. Walking to the immigration I found how big this terminal is. 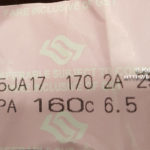 Bus ticket: don’t forget to keep that handy so you can board the bus again after the Singapore immigration.

I got my exit stamp for Malaysia and followed the crowd to the bus station, where I found the 170 bus. Not even 2 Malaysian Ringgit (about 50 dollar cent) and I was on my way. We crossed a bridge and the bus drive into the Singapore inspection area. All passengers left the bus. Police officers started checking that bus, while we went in the large customs hall. The few “other passport” lines were the longest and slowest, so I braced for the wait. And rightfully so: when the offices decided a passenger should proceed to secondary inspection, the whole process stopped till an officer collected that passenger. That took 15 minutes. And it happened twice in my line. But eventually I got my stamp into Singapore, went to the bus station, showed my bus ticket and I continued to the bus terminal in Singapore.

Singapore is pretty serious about drug related crimes, as shown on the immigration ticket.

It took the Uber driver about 20 minutes to get me to the hotel. Finally, about 10 hours after I left my Kuala Lumpur hotel, I could take a breath in my Singapore place. I’ll have to do this again in 2025 with that bullet train.