During a visit to Costa Rica, it’s part of the tradition to go ziplining. So with the crew of Rich Coast Diving, where I’m doing my internship to become a divemaster, we headed for Diamante, an eco-park with a wide network of ziplines.

The Diamante park is in Playa Matapalo, about 30 minutes away from Liberia, in the Guanacaste province. Follow the directions to Playas del Coco, till you see the signs leading you smoothly to Diamante. There is plenty of parking space. The team of Diamante also provides shuttles to hotels in a wide area.

Since I do my divemaster internship with Rich Coast Diving in Playas Del Coco, this was a very short ride for us.

For most tourists in Costa Rica, Ziplining is part of their program. So I was happy to see what all the hype is about. The park opens at 9 am these months, so we had made our reservations to start at that time. After paying our fees and signing the waiver (on a tablet!), a harness was fitted on us. We received a helmet and a set of gloves. After a briefing about what waited for us, and how to use the equipment, we were on our way to the first of the lines.

The first line is what they call a short one. Still, pretty longer than the lines I used to ride as a boy scout, and over a way deeper valley than I imagined. But we take the crew’s word for it that this is just “to see how it feels”. Pretty smooth ride, over a nice valley. Confidence built in the system, and so when we arrived at the other side, the team was ready for the real deal!

The longest line of the trajectory is a superman line. Over a mile long, with the valley really deep below. The crossing takes about a minute. Here you get strapped in into a kind of bag, that hangs under the line. That makes you go head first on this line.

When you arrive at the endpoint of the superman, you immediately step onto the next line, which brings you further alongside the track. Two more lines and you reach a climbing tower, where a death drop awaits. Not as thrilling as it could be, but the park is building a higher tower to make sure in next season this becomes a sensation for the stomach as well.

At the end of the ziplines, there is a Tarzan Swing. Falling of the tower, and showing off how well one has learned from the monkeys here in Costa Rica.

We made a stroll in the Botanical Garden and had a nice buffet lunch here. All in all a great day. I had however one major concern when I learned that with the building of the new tower, a kind of zoo would be built to host Costa Rica animals, including Pumas. I really don’t believe the world needs another place where we have animals in cages, so I hope the owners of this great park understand that we believe in something being “ECO” without having wild animals in small cages. The park is a great attraction without them.

Check them out on Tripadvisor. 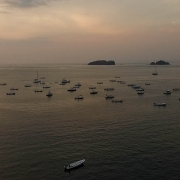 Traveling Costa Rica on a Budget 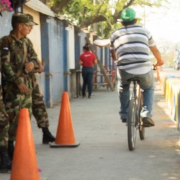 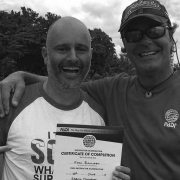 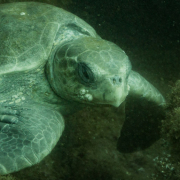