The Baltic states were pretty unknown to me. I looked forward to my first visit to Vilnius, the capital of Lithuania. She didn’t disappoint. The first post about this charming little city, but definitely not the last! Famous photographer Valentyn Odnoviun as my guide to visit Vilnius.

This leg of my Trans Europe and Trans Asia project brings me from Poland to Lithuania.

Europe has two speeds when you take this railroad as an example: the subsidized one and the country-owned one. The Polish railway-system between Bialystok and the border with Lithuania is in need of an overhaul. Trains go at about 20 or 30 kilometers per hour. Once the train crossed the border, it picks up speed as it rides on brand new tracks. All along the trajectory are signs of the support the EU gave to this rail. From the border to Kaunas is a nice, comfortable and fast train ride.

As soon as the train goes over the Polish-Lithuanian border, not only does the speed change, but the time does too. Poland is in the same timezone as Paris, London, and Brussels. Lithuania is one hour ahead of them. For the next future, I’m in the Eastern European Time Zone. Till after I will leave Moscow, I can keep my clocks and cameras on this new time.

When the train approaches Kaunas, I see large chimneys and dark smoke. Earlier, I discussed the places in Lithuania with a person on the train. He called Kaunas an industrial city, and I can now see he was very right. There are 10 minutes to change trains here in Kaunas, on my way to visit Vilnius. The train station has very clear indications so that one goes smooth. After my train debacle between Berlin and Warsaw, I became a little more careful not to miss trains…

In the station of Vilnius, I had Jimi waiting for me. He’s part of a project I’m working on and arrived here by plane yesterday. Having some local knowledge makes the arrival a bit easier. We take a taxi from the station to the Airbnb we’ll share in the next days, and get on our way to discover the city. First observation: this is a rather small city, and it allows to be discovered easily by foot. Second discovery: it has plenty of very good coffee places!

Taxi’s are cheaper when you call them than when you use one that’s waiting at the station here. And Uber has entered Vilnius. So when a car is needed during the stay here, we’re covered. When you visit Vilnius and walking isn’t your preference, here you go.

I met Valentyn Odnoviun, a photographer from Ukraine, who now lives and studies in Vilnius. He’s a willing guide for the nice city that Vilnius is. I feel very much at home here, despite the language barrier, and that has much to do with Valentyn taking us to the less touristy places.

I discover some new culinary items. There’s Kvass, a soda made with bread at the base. I eat pigs ears for the first time in my life. I taste a zeppelin-alike dumpling, try some cold beet soup, and have a couple of local beers. All part of the discovery of this part of Europe. And besides the pig ears, a very pleasant discovery.

The art school has several spaces where the students show their art. Valentyn had an exposition starting in the days I was there as well. He documented the basements of a Gestapo prison. With the support of Tokina, and using analog dia (positives), he creates a unique view of some dark parts of history. The exposition, called Traces of Memory gives his impression of the 39 prison cells in the building.

When visiting another building in the school, I was shocked by the presence of a war threat that lives in Lithuania.

Very similar to Christiania in Denmark, this independent state (not recognized by any other nation) hosts many artists and free thinkers. Its constitution brings free elements and plain humor together. The motto of the state is:

It’s a very nice neighborhood in Vilnius, but as many of these places tend to, became completely unaffordable for less wealthy artists. A couple of good bars, restaurants and art galleries make it worth to come often.

I’m used to the nervousness of New York. I’m often feeling that other places don’t move fast enough. The rhythm of Vilnius, however, is perfectly in tune with how I perceived the place. Not too fast or stressed, and not too slow that I feel hindered. it doesn’t happen that often to me that I feel at home so quickly in another place.

After two days of discovering a great city, time to get a short night of sleep. Tomorrow will be an early day with a very heavy program. As a digital nomad, Vilnius just made it to my list of places where I could spend some more time. 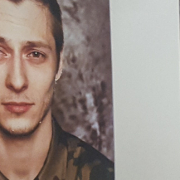