The Vernadsky base – and the most southern bar

The Vernadsky base – and the most southern bar
Aug 15, 2016 | Posted by Koen Blanquart | South Pole - Travel to Antarctica | 0 comments |

The Vernadsky Base, on the Antarctic Peninsula, is the most active scientific base I had the honor of visiting during my trip to Antarctica. It’s unlike any other base I’ve seen there!


In 2011, I announced that I was on the 46th parallel in New Zealand. At that point that was the most Southern point I had been. My new record now is the Vernadsky Research Base, on Antarctica.

A scientific station on Antarctica, for 1 British Pound

The UK sold their Faraday Station to Ukraine in 1994. The British built a larger base about a 100 km away from the old one. Ukraine started using this research base in 1996. Selling the base was, as some said, cheaper than to destroy it accordingly the ecologic rules of Antarctica. That now became the Ukraine’s problem.
The scientists of the UK that I spoke since however, aren’t all as happy they abandoned this place. The base was sold for one pound to Ukraine. The piece of 1GBP is now embedded in the bar. When the base was sold, it was named the Vernadsky base, after the first president of the Ukraine Science Society.

The Vernadsky Base on Antarctica

Welcome on the Vernadsky Base 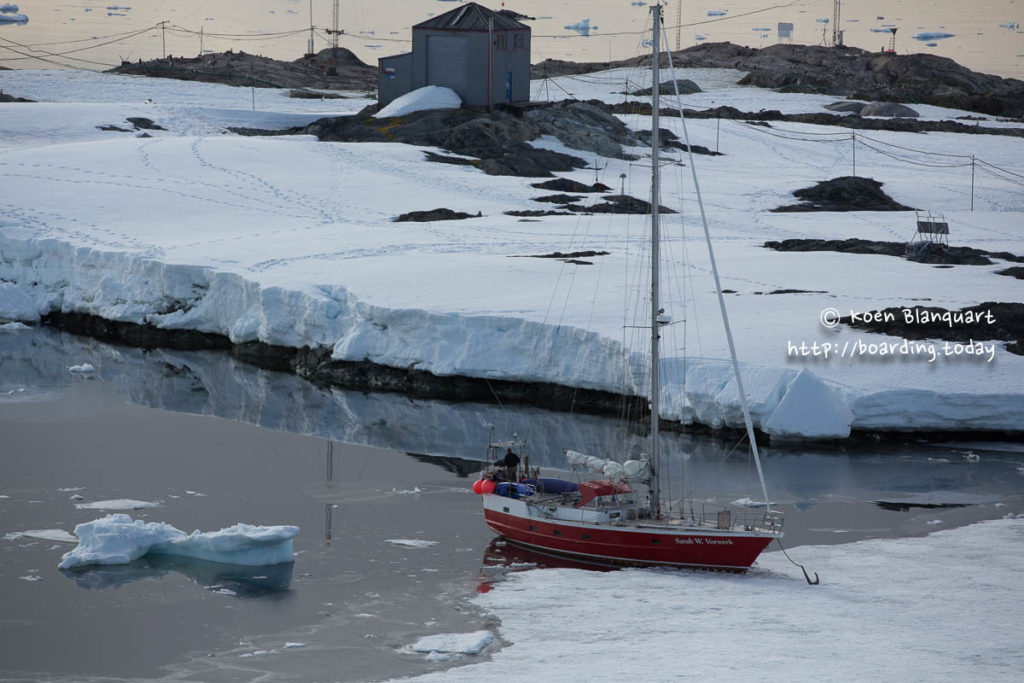 The Sarah Vorwerk, parked in the sea ice near Vernadsky base on Antarctica – Koen Blanquart

The Sarah Vorwerk, the ship that I was sailing with on Antarctica, has a long-standing good relationship with the base. So we were welcomed and shown around the place We  had a drink in the bar, that still very much looks like it was when the Brits left the base. The bar is apparently known to have some hard liquor made on site in certain years. The base commander who was in charge when I visited, had not (yet) allowed it for the current season.

The bar was built by the British carpenters. When Keith Larrat found out in 2009 that his bar was no, as he had expected, destroyed by the new owner (Ukraine), he sent the pictures of the construction to the base commander. THese are now displayed with his letter on the bar he designed. Small sailing yachts like ours have a long-standing good relation with the base. To the point that the sailors have the picture of their ship hang in the bar, showing since when they visit the station.

An overview of the Vernadsky Base

Other bases we visited are scientific mostly in name. Sometimes we felt the base existed as a prestige, not so much as part of the science programs in the country. Not so for the Vernadsky research Base. Researched showed us around their experiments. With the enthusiast explanation about the programs, we received a good insight to the base as well. One of the most intriguing people I met on the Vernadsky Base, was Dr Andrei Utevsky. He discovered and described 6 new species in Antarctica over the past years. This doctor dives regularly in the ice-cold waters to continue his research. Add to the cold the visibility, often only 20 cm (6 inches), and it’s clear this is not a tourist activity.

The main challenge these researchers face is to convince students to come to the base and stay a year. They can help in the existing research, or do their own. Being isolated from the mainland, and having a very limited connectivity, added with a night that will last for 8 months, this is not the most attractive place for a young student.

The funding of the base is done by the Ukraine government, while the researchers have to find the funding for the research, the experiments and the costs related to that. One of the merits of the Vernadsky Research base is her assisting in discovering and documenting the gap in the ozone layer. 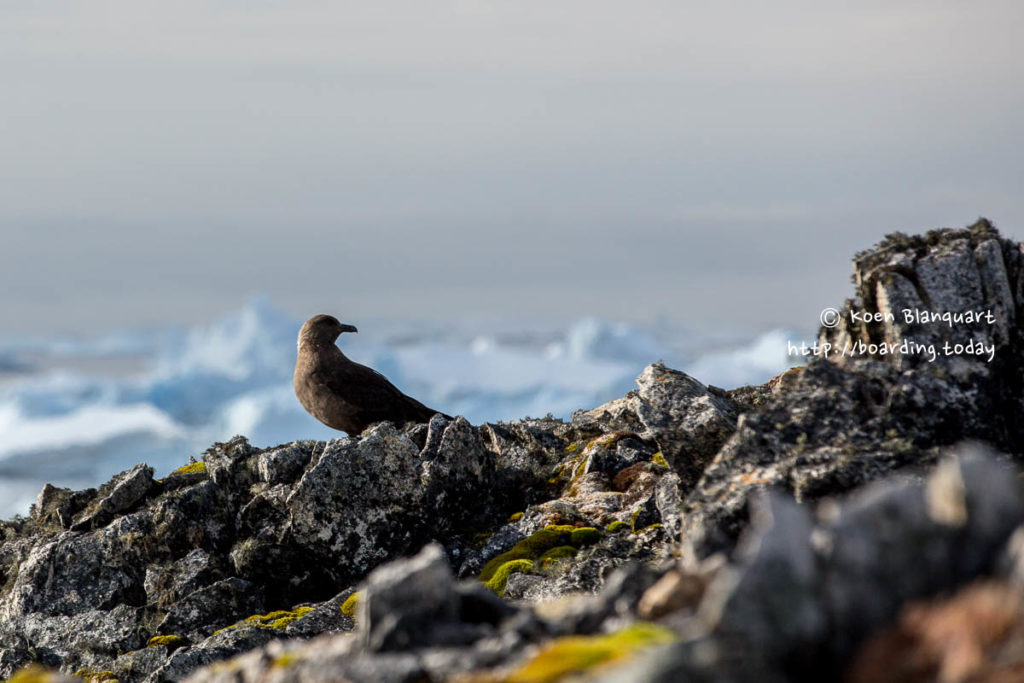 Traveling allows you to become so many different versions of yourself.