While these days keep me busy at work and in the preparation of my antarctic trip, it also allows me to look back on some past travel, and to share that. Today: Travel to Madeira.

Let me start with a disclaimer, I love Madeira. I’ve been there so many times. And if I still had my home base in Europe, I’d still visit every once and a while.

My first travel to Madeira was in the summer of 2002. I have been there on average every other year so far. Madeira is a small island and a paradise for people who love to hike.  You can drive around the island in a day if you liked doing that. Madeira is part of Portugal. By being so far away from the mainland, however, it’s not the Portuguese Island you might expect.

You will be able to find direct flights from most west-European countries into Madeira’s Funchal Airport (FNC). Most airports that serve as hub for the big alliances (Amsterdam, Paris CDG and London LHR) have regular connections. The airport had a bad reputation in the past, and landing on Madeira is a little more spectacular than other places. Since the airport extended the landing lanes in 2000, it became less adventurous tough. Getting a taxi in the airport is fairly easy, and the larger rental agencies are present.

Some cruise lines make a stop on this island, in the harbor of Funchal.

I used a rental car on all but my first travel to Madeira. Some agencies have special cars, such as a Jeep Wrangler, that are a great way to discover the island. Note however that driving in the mountains is a skill you better not learn on Madeira. When you travel to Madeira, better be prepared for small streets, fast descents and blind corners.

The bus system can bring you anywhere on Madeira.

One of the items that attracted me most when traveling to Madeira, was walking along the levadas. The “Levadas” bring you to remote places. Most hotels will offer to bring you to the start of a walk and to pick you up after it. Not only convenient, but also safety to ensure someone knows where you are, and when you’re expected somewhere.
Levadas are watering canals that cross the whole channel. Most of the time you’ll walk alongside a path that was used to maintain the canals. Don’t expect handrails and know that some of the routes are not for the weak of heart, as you can see hundreds of feet down in the ravine next to you, extremely steep… I documented some of my earlier Madeira Levada walks.

Where to stay in Madeira

Over the years, I stayed in three hotels in Madeira. In Funchal in the The Cliff Bay and the Quinta Jardins Do Lago (Funchal) , and in the Estalagem Ponta do Sol . After careful evaluations, my favorite is the Estalagem in Ponta Do Sol. You can follow the links to get my reviews on each of these hotels.

Madeira has, besides the large island, a smaller island, Porto Santo. It is not widely known that Christopher Columbus lived on this Island. He even had a son her (Diogo). He lived here of the land. After his wife died (she was the daughter of the Governor of Porto Santo), he started making plans to find the route to India, which led to the discovery of America.

When you travel to Madeira, you will visit Monte. And besides the beautiful church here, a tradition of Toboggan rides has been transformed into a tourist sensation. Call it a trap, or a nice ride. It’s part of the typical tourist experience on Madeira. Being cornered for the picture at the end is a new ending added to the tradition. 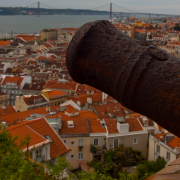 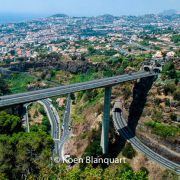 10 things to do on Madeira 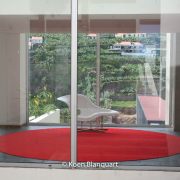 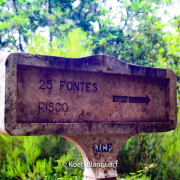 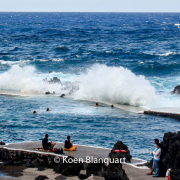