On the third leg of my Trans Siberian train trip, a train with tiger prints goes from Yekaterinburg to Irkutsk.


Photographers for the tiger 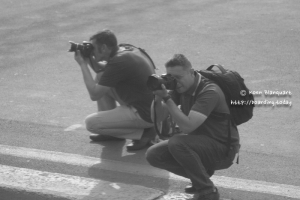 Photographers waiting for the train with tiger print.

The platform in Yekaterinburg has more photographers and cameramen than passengers. I can’t figure out what’s so special till the train enters the station. Our train is covered in tiger images, and it seems to be the maiden trip for this new train. The train is supporting initiatives to protect the tiger in the Eastern parts of Russia. Having amore than normal interest in conservation, I’m happy to travel on this one.
Every next station we arrive, will have photographers and camera-crew waiting for the train. 2 minutes of fame in Russia for the tiger?

A very international group this time in the wagon. France, the Netherlands, New Zealand and Russia are present. I’m always a happy camper when my set of languages allow me to conversate with most people I meet.

This part of the trip is the longest leg. While between Moscow and Yekaterinburg there was 25 hours of train, this time the train is my home for more than two and a half day (62 hours).

In Barabinsk, we made a stop to add water to the tanks. And like in any other station, vendors come on the platform selling cookies and all things instant. I must say that it was a bit shocking to see people selling fur to a train that had the no fur logos on it. But many tourists and the vendors couldn’t see why not.

We’re now leaving the Ural behind us. The landscape should be the Siberian one soon. We’re also shifting some more timezones as we move further east. The tine difference between the Moscow-Train-time and the Restaurant-Local-Time is increasing every time. It doens;t stop us in the train to find ood moments to drink a glass together.

Second night in a row on the train with tiger print. I get used to this life. I’m not sure when I do this again I’d prefer to do the whole trip at once, in the same wagon, or if I prefer like now to stop ar certain places. Having 60+ hours to do things is a luxury I haven’t had since that month on a sailboat in Antarctica earlier this year. 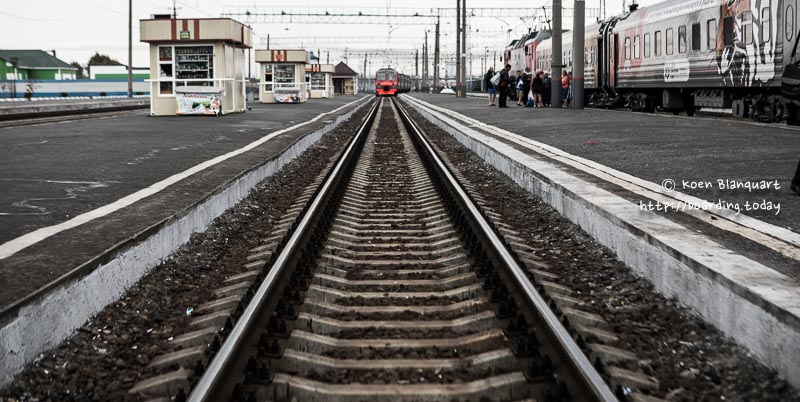 During a stop, another train enters the station.

It doesn’t matter where you’re going, it’s who you have beside you.