Cusco is best known as the city close to Machu Picchu. There are other archeological sites in the area. They are definitely worth a visit. If you can get past the name confusing.

Travelers to Peru come to Cusco as an access point to Machu Picchu. Many of them go on the Inca trail or the train and return to the airport of Cusco. The area however is very rich in sites that date back to the Incas. Taking an extra day (or more) out of the travel planning will pay off!

I had added an extra day in Cusco and had arranged for a local guide to show me the local archeological sites. So the both of us leave up that morning in Cusco at my hotel, we started driving out of the center of Cusco. He gave me some good info on the city, and then he said something like

… I looked at him, rather puzzled, asked him what he just said. He repeated what I had just heard. I decided to sit and wait and see where we would end up. It’s only when I saw the sign for the 4 main Inca sites in Cusco that I saw the error of my hearing. These sites are called “Saqsaywaman”. And with a bit of a Spanish-English pronunciation, …

The park of Saqsaywaman can be found North East from Cusco. It is over 3000 hectares. Several. The complex counts hundreds of sites. Access is ticketed. You can take a full ticket, or do a subset.  As I had limited time, I decided to buy the limited ticket. This gives access to4 sites: The main site of Saqsaywaman and the sites of Q’enqo, Pukapukara, and Tambomachay.

The main site of Saqsaywaman hosts the ruins of large towers and walls. When the Spaniards arrived here, they erased most of the constructions. The foundations and walls are still intact. That gives us the chance to experience the size of this site. The main tower contained water and served as a mirror and observatorium for the stars.

Q’enqo is also known as Q’inqo. The site is pretty important in the Inca religion. On the solstice, a large rock lets light fall onto a smaller one, creating a puma face with the shadow. This only happens twice a year.  Behind this rock that holds the light, there’s a large rock holding a room with a table in stone. It’s believed that sacrifices and mummifications happened here.

The site of Pukapukara combines the guest houses for Tambomachay and some warehouses. The site is located on an important Inca trail. It is believed that the site served as some kind of a customs area, where a part of the transported goods was paid with and stored for safe passage.

The site of Tambomachay had everything to do with water. It is located very close to the site of Pukapukara. Tambomachay was the site where the priests gathered. Other people stayed at the Pukapukara site. This site has a fountain that works to this day. The openings in the wall represent the four Inca provinces, and the ones on the side are the man and woman. 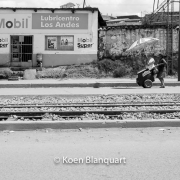 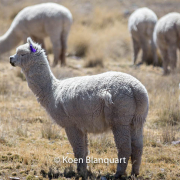 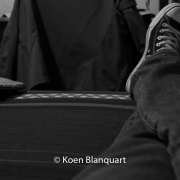 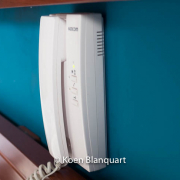 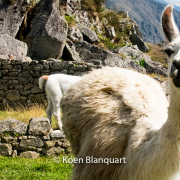 The unexpected sides of Peru
Scroll to top