A (too) short stop to Saint Petersburg is next on the travel that brings me from London via Beijing to Hanoi.

I would have loved to go by train from Vilnius to Saint Petersburg. But the Baltic States have apparently dismantled their railroad via Daugavpils (Latvia). So my only option would have been to go via Minsk. And with Belarus still on the bucket list, definitely an option I’ll explore one day. This time, however, getting a visa for Belarus wasn’t possible with the timing, so I jump on a plane. Two actually, the first one to Moscow, onwards to Saint Petersburg. My first experience with Aeroflot.

Jimi, the cameraman, joins me on this trip. We’re up way too early. Alarm at 2 am, that’s a crime against humanity. We find a Uber and are on our way to the international airport of Vilnius. We arrive before the check-in counters open, so we score a coffee and a stale croissant.

We’re a bit nervous as we both carry a lot of recording equipment. We hope the Russian customs and immigration will not make our entrance into Russia too complicated. But the issue starts at the check-in at Aeroflot. Half a kilo overweight (that’s 1lbs) of my backpack cost me a 20-minute conversation and the intervention of a supervisor. A first in my SkyTeam experience. But we were ready to pass security.

And we have a winner: every electronic item must go by itself in a bin. So not just the laptops, but the cameras, the voice recorders, my tablet, the phones,… My sincere apologies to the people who were behind me in the line and who had to wait till each of my items passed. And yes, I do not deny being a gadget-person anymore.

We board and get breakfast. Croissant with coffee. The jury is still out what type of meat was on the croissant, but an extra coffee was so welcome at this early hour. A quick jump into Moscow, and we’re ready for the feared inspection at the border. First passport control and immigration. Five people ahead of me, and soon it’s my turn. No friendliness (some things are universal) but a very fast check of visa and passport and I’m on Russian soil. Jimi follows immediately after me, and we go to collect our luggage. Once we have that, we’re passing customs smoother than most Schengen countries. Welcome to Russia!

Living in a box

Being a budget traveler made me decide to book a room in the Inbox Capsule Hotel in Saint Petersburg. One can’t be more central, and probably not much cheaper. Our room is a wooden box the size of the mattress, and we manage (barely) to store all our stuff in the closed compartment. But it would prove to be a very cozy place to stay, and there’s really not much more central one can be. I’ll post the pictures of the box later.

And at last, we get to see the city. I had no idea what to expect, and what I see doesn’t even correspond with that. Very nice buildings are mixed in streets with the typical five-story building the soviets loved so much. Street numbers lead to alleys that have multiple doors without numbers, so seeking an address is a challenge here.

Saint Petersburg made a weird impression on me. I did not feel at home here fast. The city is really stretched out over a large territory and has several monuments that could serve as a center. That doesn’t mean I don’t like it. It has a very classy style. The canals make for the buildings not to be too close to each other, allowing space and light.

Being a Belgian I couldn’t help noticing the presence of Belgian Restaurants here. On a walk in the city, we saw a place called “Waterloo” and a little further back towards the airport, we spotted a “Manneken Pis”.

I ate some excellent food (nope, not Belgian) here in a couple of the restaurants. No typical Russian however, I’ll put that on the list for Moscow or one of the later stops on my Trans Europe and Trans Asia trip.

Maybe because I felt so strongly attracted to Vilnius, or maybe because of a hectic schedule or because of the time being too short to “understand” the city, but I’m not 100% ready to make an opinion on how much I like or might like Saint Petersburg. 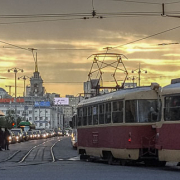 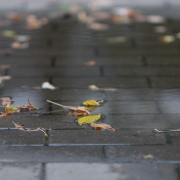 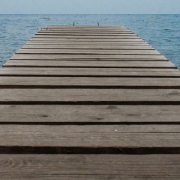 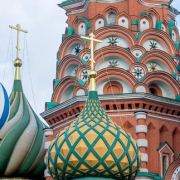 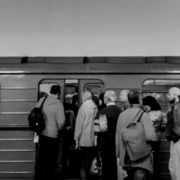 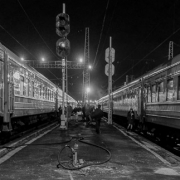