In today’s adventures: koen and vicky stand eye-to-(yellow-)eye with a penguin on the shores of New Zealand.

The breakfast table was a mix of cultures this morning. we had Scottish people living in France, Brits and Americans. Eva and Keith ensured we were fed well before heading off to our tourist duties: to see the country and spend some foreign currency. In our commitment to the New Zealand economy, we decided to focus this morning on the spending part of our obligations.
First stop: the post-office. Vicky tries to keep me away from bookstores, as she know I will be unable to get out of there empty
handed (especially when they have great old books in the secondhand store, or when coffeetablebooks of nice photographers are in store) I will have to join Books Anonymous when we get back home… Long story short: we had accumulated too many books in the last weeks of travel to allow our airplane home to even lift off. Kiwipost took a little under 10 kilos of books from us and promised to ship them home. Once the books where on their way, we went shop-browsing. First stop: the bookstore :-D
In our travel, we have noticed a lots of qualities in the kiwi lifestyle. But there are some flaws as well. A decent cup of coffee is hard to find. Most coffee will lack any taste as if it was a variation on tea or it must have been made before the settlers arrived on these islands and has since then been cooked so it would be bitter. Some of my friends have strong comments on Starbucks, but in New Zealand that’s one of the few places where the coffee is brewed decently. Vicky and I enjoyed our cup of the black gold.
Dunedin is a rather small city, but the railway station is one of the nicer buildings we have seen here. Next time, we plan on taking the train here – now we just enjoyed the architecture and the mosaics here. On our way back to the hotel we found a nice vegetarian restaurant: Potpourri. After a very tasteful meal, it had started raining in town. We had to head back to the lodge, to be ready for a nature discovery on the Otago archipel, near Dunedin. But first a small stop at the bank, paying my speeding ticket .
Our first stop on the archipel was a wading water, where we met the first couple of New Zealand birds. I was a litlle frustrated since the rain made making decent pictures a little harder than I would have hoped. But the views we had on the birds where magnificent. We even had a close look at the Royal spoonbill (lepelaar), that we had seen breeding yesterday on a rock in the Catlins. We then went on to the only breeding place of Royal Albatrosses on mainland in the world. This time of year is the hatching season, so we had a close look on the breeding parents. The one chick that was born earlier that week was kept out of sight by the parents. We never have seen such majestic birds before. In flight that is, because landing is not their strongest point: young birds will depart from the cliff without so much as even a test-flight and not touch land again for the next five years .
In these years, they will fly the sees between the 30st and the 60st parallel – living from the squid they pick out of the water mostly at night. From then on, they will come on their colony once a year to mate, breed and take off for the rest of the year. Amazing creatures – but another species under pressure as well. Many are in trouble as they sometimes mistake floating plastic for squids…
On the way to our next stop, we had the chance to see a couple of other bird species. I am a fan of birds of prey and was very thrilled to see another couple of Australasian Harriers (Australische Kiekendief) at a couple of meters away. On the cliff where we arrived, we had a good look over a colony of New Zealand Fur Seal (pelsrobben). That’s one more species that has been hunted down near extinction, but is on the return in the last years. The New Zealand Department of Conservation has their hands full in this country – I will blog definitely more about them later.
The colony of Fur Seal had several pups amongst them. Next to the colony, a couple of Sea Lions was playing in the water – generating lots of nervousness amongst the Fur Seal. They are on the menu of these Sea Lions…
By sunset, we arrived at a desolated beach on private land on the archipel. All of a sudden, our guide instructed us to stay low. And in the distance we witnessed a Yellow-eyed pinguin coming out of the sea, after a day of fishing. In their typical style, they walked up to their sleeping grounds in the forest. We had them passing us at less than 10 meters distance. A unique experience when in the silence of the evening we heard their little feet in the water on the beach. Still having thrills in my back when reminding that magical moment. These 2 minutes could have made my whole trip. 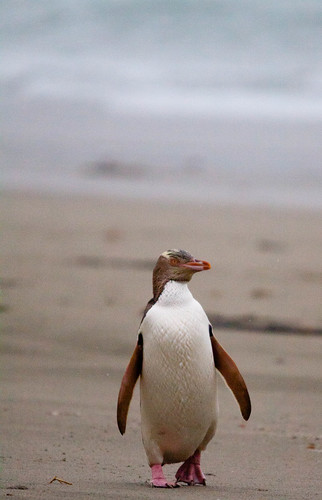 A couple of minutes later, we could see the rest of the pack of penguins making it to the shore, we saw one of the chicks of these penguins from a short distance (in a hiding cabin). Soon it was clear why the penguins were eager to get out of the water:
the sea lions had made it to this beach. And a good penguin is part of a healthy diet for a Sea Lion. We could – with our guide – approach later one of the sleeping Sea Lion males. 400 kilos, but they outrun a human on any beach… I had felt safer on other times in my life.
We drove back to the lodge, very quiet after all the beauty we had seen. We slept well and probably had dreams involving penguins and albatrosses. The fact that I had now taken more pictures than I could possibly store on the hard drive of my computer will be tackled tomorrow.
I have more pictures from this day. I will post them on Flickr, in a set with the New Zealand Animals, when I have found the time to convert from Raw to jpg. 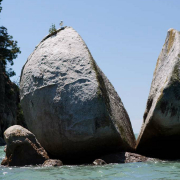 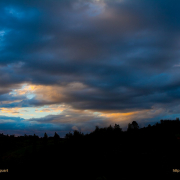 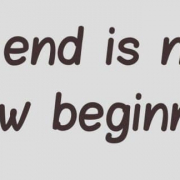 Christchurch: the end of our trip is near 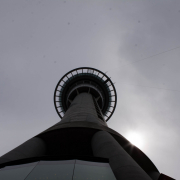