Paris is the next stop on the train ride crossing Europe and Asia. A day with cool views, good food, unstopped crimes and below par accommodation.

It had been forever since I last made it to Paris. Over 10 years if I don’t count the short stopovers in Charles De Gaulle airport. It was good to be back, and to collect new memories, to see the known sights again, and to add new locations to my travel memory.

Getting from London to Paris

The Eurostar train between Paris and London takes a little over 2 hours to do the 350 kilometers. I’m adding those to the statistics of the Trans Europe and Trans Asia projects. The wifi isn’t that strong to do a Whatsapp call (yep, tried that) but allows to get some work completed between London St Pancras and Paris Gare du Nord.

Paris has a system of end-stations. When traveling from the north of France (or Belgium) to the Cote D’Azur, there are many cases that make you switch not just trains but also stations. The Paris subway system to the rescue. For me luckily this time both the trains between London and Paris (Eurostar) as well as the trains between Paris and Brussels (Thalys) arrive and leave in the same station.

Not so cozy AirBNB

I had found my place to stay in the 18th arrondissement in Paris. Pretty close to Montmartre and to the Gare du Nord. A neighborhood with a rather bad reputation. The community with roots in Africa that found its new home here in Paris makes however for a unique atmosphere. People are in the street till far after midnight. So maybe not your best choice if catching up on sleep is a reason to be in Paris.

The studio where I stayed looked acceptable on AirBNB, but in reality, is one of those places where the owner only has the place up in AirBNB just for the money. The paint is falling off the walls, the WC hardly flushes, no toilet paper, no curtains for most windows, and the washing machine isn’t even connected. This was not worth whatever I paid for it. Traveling on a budget to Paris can go too far. For 1 night, and with the knowledge to stay with my family the day after, in Belgium, I didn’t feel like investing hours on the phone with Airbnb to get me another place. It’s another proof that the review system of sites such as Airbnb and Uber aren’t really cutting it. I don’t want to jinx it, but I would love to know that the award for the worst AirBNB on this trip is given to this place. But with a dozen countries ahead, we’ll evaluate that at the end…

As soon as I had dropped my gear in the studio, I was on my way to find a place to work a bit. I decided to first walk up top Montmartre. The view over Paris made me realize how long it had been since I was here. I found a place on the stairs next to the #cablecar that leads up to Montmartre. A pretty inspiring place to finish some work, while watching the combination of tourists with parisiens who run up and down the stairs.

While sitting near Montmartre, my phone told me that one of my friends check in nearby. Laurent, who runs a global chain of organic food stores, bragged about opening a new place in Paris. I could not be that close and not have a look. So I went to the Exki in Saint Lazare. I had one of their first coffees (needed that). After a quick hi and bye to Laurent, we both went to our next stop. Small world.

One cannot come to Paris and not sit for a minute and watch every car insurers nightmare: the Place the la Concorde. Cars, busses, and Vespas come from and go to every possible direction. And the Parisiens find a way to do that without generating a pile of wrecked vehicles.

The walk between the Elysee and the Eiffel tower was longer than I expected it to be. But fortunately, the Eiffel tower is worth the walk. Found me a nice bench in the shade of the tower to have my afternoon conference call with the project team I’m working with for this trip. With a cameraman meeting me next days in Belgium, this is the last moment to align. With a weekend ahead to digest the changes, we’re good to go. The Pokemon Go hunters around the Eiffel tower were having their moment when a very exclusive one came by. Me being on the call couldn’t join the hunt this time.

I try to stay far away from everything that smells like rip-offs and tourist traps. That’s why I was amazed at how easy the guys playing the balls and cups routine managed to get the money out of the pockets of passerby tourists. When you observe the game for a while, you see how big the group of crooks actually is. There’s the person who plays the game of course. But all the players except for the 1 tourist they try to add to the game are part of the gang. They go in for big amounts. 50 Euro at the time as I was watching them. And they trick the tourist into playing along by giving them the first one for free. So the passerby ends up with 50 Euro in his hand. And then, enthusiast and inspired by the other players, he plays 2 more rounds, and has lost the 50 they gave him as well as 50 of himself… When they start discussing this with the person who holds the cups, one of the other “players” steps in, and goes all sympathy on the tourist. They walk off together, telling to each other what a fraud it is, and the player tells them that it’s not worth going to the police. 50 Euro every 1 or 2 minutes for a gang of 5 people, here’s making good money in Paris. Documenting their game isn’t without risk. A guy who took shots with a GoPro was surrounded by the player and his accomplices and forced/intimidated to delete the images. The French cops know this type of game is going on but decide apparently not to intervene.

Eating by myself in a French bistro, at the bar, is one of the joys of coming here. No difference this time. France is still the capital of good food for me.

Treated myself to an Uber to go back to my place. The Algerian driver told me how the American tourists are staying away. The terror in Paris and Nice, and the way the American media has portrayed them, seem to have scared them off.

A long day in Paris, back at the studio way later than expected, and ready to head to Belgium tomorrow.

Paris, you’re not just too much to see in a day, I imagine even a lifetime not being enough. 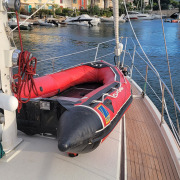 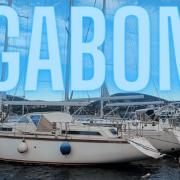