When traveling by bus in Panama, the system will surprise you in a few ways.

Organized while being completely disorganized.

In the capital, in every provincial city, and in the larger towns, there is a bus terminal. That can be an enormous shopping mall  (Albrook in Panama city) or just a small covered dirt road, with typically a convenience store and a local restaurant, and sometimes a “panaderia.” (a bakery, that most often also sells coffee)

All kinds of buses operate lines. On many trajectories, you will find that each bus is owned by a different person or company and has a different configuration. But they all come with seats and places to put tons of storage.

It leaves on time and arrives when it arrives

There´s a timetable in most terminals, and a pretty well-kept updated version of the bus schedule online. But the only definitive source of the exact departure time is the driver and his assistant. The Panama bus system was surprisingly having more respect for their departure times than the trains in Belgium when I traveled that railway system last year.

Last week I was traveling by bus in Panama,  between Santa Catalina and Sona. All of a sudden, the bus brakes and keeps driving very slow. It turned out one of the buddies of the driver was on his way to work, on his horse, and they had something to discuss. No one will comment. That’s part of the bus in Panama.

When you’re in a terminal, you’ll see all the buses with the destinations between which it operates marked on the front window. Step in, find a seat, and when the time comes, the bus will take you to your destination. When you are in a more significant terminal, attendants will be able to tell you in what dock a coach to a specific location leaves. Panama City is one of the places where you´ll find out soon the number of the platform for the city you’re traveling to. The platform numbers are indicated above each door when you´re in the terminal.

One crucial difference between the terminal in Panama City and the other terminals around the country is that you will need a subway 3-in-1 card to access the bus. Passing the gates between the waiting area and the coaches costs 10 cents. If you don’t have that card, wave to a driver or a bus attendant at the other side of the glass, and they will happily get you through (since they will make more money by getting you on the bus than it costs them.)

Besides the driver, there’s a second person on every bus in Panama. He (still must meet the first woman operator) will be hanging out near the door. He’ll be able to tell when the bus will leave; he will find space for the weirdest and most massive objects that one transports on a bus. He’ll also be the one that collects the money at the destination in many cases.

I’ve learned to tell this second person what bus I connect to at the destination. Since the bus terminal is in the center, chances are your connecting bus will cross yours on its way. And it happened to me twice now that this guy went out of his way to stop that bus in the other direction, and made sure I got my connection. Especially useful when the bus you must catch is the last one for the day!

I’m writing this sitting on a bus that has 28 places, but close to 50 people on board now. People who go to the final destination will often be given a seat, while older people that go only a few kilometers will be asked to stand. In the past six months, I’ve had more journeys with a child ending on my lap than trips where I could read my book.

There’s always a radio on, or they have a movie playing on the monitors in the larger buses. The volume is so that even if you’re completely deaf, you can hear it all.

Panama City to Santiago is about 200km, or a 4 hours drive depending on traffic. $9 to do this distance on an airconditioned bus isn’t that bad a deal. From Santiago to Sona, you’ll pay $2 for a ride that’s just under an hour. Oh, and you get to see the ones who are choosing to drive their car in Panama traffic, for free!

The second most annoying thing (stay tuned for the number one) is that they don’t collect the fare while on your way, but do that after the bus arrives at its destination. So you’ll have tons of people trying to get off the bus, while they all pay and wait for their change.

While I travel by bus in Nicaragua, I know I paid “tourist-tax.” Traveling by bus in Panama however, I’m sure I’ve not been overcharged. Maybe because I do speak enough Spanish now, they might consider me to be less” Gringo.”But more so because I believe it’s not in Panama’s nature.

The bus in Panama stops where you want

And that’s for me the most annoying thing about the bus system. When you see your house approach, you yell “parada!”. (That translates as “stop.”)  When the driver hears this, he will hit the brakes. The bus stops, the person is being dropped off. And as soon as the bus departs again, the next person wants to get off, not even 50 meters/yards past the house of the last one.

And the same happens to get on. People will be waiting for the bus, four houses in a row will have people standing at their door. And they will all be picked up individually. None of them understands even why I ask why they don’t all wait together since they’re outside for a while and aware they’re all taking the same bus. 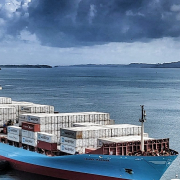 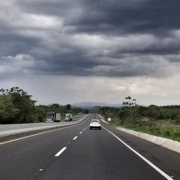 Driving in Panama – a car adventure
Scroll to top