It took us six long days on our small sailboat, but finally I could set foot on land in Antarctica.

In my preparations for this journey, I spoke to people who sailed to Antarctica before. When they called it “The ticket to get to Antarctica”, I had no idea what they meant or that it’s so true. Our skipper has sailed most oceans and still believes after crossing the Drake Passage over 100 times, that nothing compares. No wonder most of our crew spent a fair amount of our time between the Beagle Channel and Antarctica in their cabin, seasick. Many of them are way more experienced sailors than I am.

Once out of the Drake Passage, there’s a zone where the Atlantic and Pacific oceans bump into the Southern ocean. The water temperature drops to about freezing, and the currents change. Not as bad as the Drake, but still a challenging bit to sail. The wind seems to come from the wrong direction or isn’t as powerful enough as we might hope for.

So I can tell that our complete team was pretty happy, after 6 days at sea, to get off at Hannah Point. Gentoo penguins, elephant seals, giant petrels, and nobody around but us. An amazing experience. Took some great pictures. Keep an eye out here for them, when technology will allow getting them updated here.

Or better, the lack thereof. As I imagined, there is only a limited connection with the internet. It being slow (extremely) and expensive (even extremer), I’ll have to keep the pictures out of the articles for now. And seen it’s unreliable character, it’s impossible to predict when I can update the blog. But the stories are great, and I’ll tell them here, after my return, WITH images. 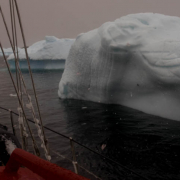 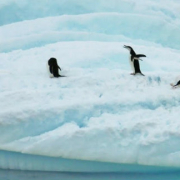