Koen Blanquart is a startup veteran. His mission is to help companies tap into the soul of corporate social responsibility. Through artistic and technology projects around the world, such as photo and video documentaries, he helps companies highlight their CSR efforts: he proactively shows how their actions support their values. Whether he’s photographing grizzly bears in remote Alaska, riding on the trans-Siberian railway, or crewing a small sailboat in Antarctica, he brings an eco-sensibility to his work, lives rough and captures pristine footage for clients’ projects.

Koen delivers the stories he collects via this website and his blog, in pictures and videos, in his books, and when acting as a keynote speaker.

US Base, Belgian accent:

Koen was born in Belgium. After living in several countries around the globe, he moved to the USA. Today Koen is based in both New York City and Panama City, while he tries to combine his work and assignments with travel as much as he can. He lives a larger part of the year as a digital nomad. Koen combines his passion for technology, business development and startups with the life of a photo-documentarist. Koen reports about Remote Work Practices, Location Independent work and life, and about the evolution of society caused by information technology. (You can’t erase 25 years of visionary work in Tech), about NYC, ecology,  and about travel itself. His first book was published in the summer of 2016:(There’s a crowdfunding that tells you all about it!)

The City of New York licensed him as a tour guide. When time permits, Koen organizes guided photo tours in New York City, in collaboration with Be NY

When he’s not traveling or taking pictures, Koen Blanquart runs a consulting company supporting organizations going through strategic changes and internationalization. He’s co-founder and advisor in multiple large and small companies, mainly in a strategic-technology role.

In the Executive Committee of the Belgian American Chamber of Commerce in the USA, Koen serves as a volunteer and works with European startups on the reality check of their business plans for North America.

For SD Worx (Staffing & Career Solutions), one of the five global HR and Payroll players, Koen is as CTO working on the digitalization and innovative HR Tech solutions. 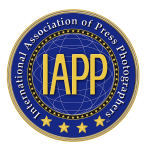 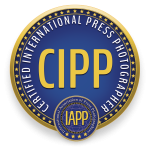 Koen is an accredited journalist with the IAPP since 2015

All my posts and my articles are my personal opinion and do not necessarily reflect the opinion of any organization I work for/with unless otherwise mentioned. Articles that appeared in magazines before they were posted here have a link to the original article.

“Not all those who wander are lost”