When I started my Kickstarter campaign two weeks ago, I had a minimum goal of $3500, and wasn’t at all sure I’d make that. It turned out that I underestimated you all… 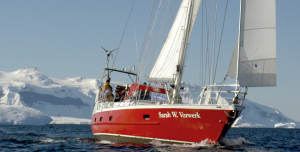 The Sarah Vorwerk, the sailing boat that will take us to Antarctica in February. (Image courtesy of Sarah Vorwerk)

My expedition to Antarctica is about to start: 55 days till our sailboat, the Sarah Vorwerk, leaves the port of Ushuaia. I will be on Argentina in the days before. While I saved for the trip itself, I also wanted to publish my first ever photo book. The book would include some images of my past trips and the story and images of the trip to Antarctica.

In order to feel if there was a demand for a book like that, and if so, to finance it, I started a crowdfunding campaign. One of the aspects to take into account when starting this, is that these are typically all or nothing: if you don’t make the set goal, you will not receive a penny of the pledged amount. Reaching the minimum goal is key. So even while I need between $6000 and $9000, I managed to find a way that I could print and publish the book with a minimum budget of $3500. When I reached that goal last week, one thing was sure: I would be writing, editing and publishing a book before the summer of 2016. But the rest of the campaign will decide the rest.

For the supporters of the crowdfunding campaign, I had to come up with some ideas to thank and reward them: perks linked to the campaign. These include: 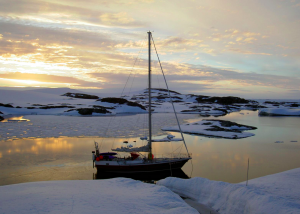 I had set several stretch goals, objectives that would make the project better and make the perks for all the backers a bit more valuable:

These stretch goals are to me a bit what encore-songs are for a beginning band: you have to rehearse them, but you have no idea if the audience will call for them untill you’re at the end of the performance. So it was with such a great relief that yesterday, 2 weeks into the campaign, we reached the first stretch goal: we’re passed $6000 now!

I’m blessed with a group of AWESOME BACKERS!

It’s not too late to be part of this project: